Brooklands Museum is somewhere I have wanted to visit for a while, so I took the opportunity when a fellow member of my camera club suggested a trip there.Â  The occasion was its annual Double Twelve Motorsport Festival on 17 June.Â  If I am honest, I was not entirely sure what that involved, but it was obvious there would be more activity than usual. Â And there would be vintage cars.

A competitor in the Brooklands Speed Trial

It turned that the event was more special than I had realised.Â  As well as the usual speed trials, the museum was celebrating the re-opening of the finishing straight from the old Brooklands motor racing circuit.Â  Cars would be driving on it for the first time in nearly 80 years.Â  It was the first motor race track in the world and for many years was simply âthe trackâ.Â  There were no others and it was an innovation ahead of its time.Â  Races held elsewhere took place on public roads closed off for the purpose. 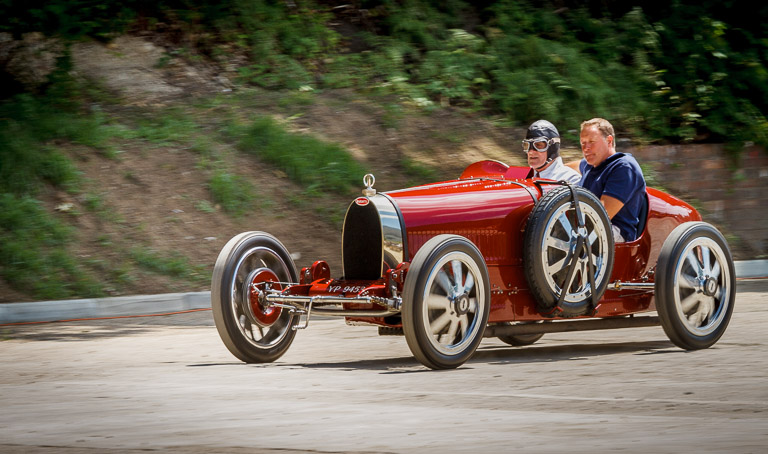 Bugatti is a famous name, but this was the first time I have seen one being driven, courtesy of the Brooklands finishing straight re-opening event.

As a pioneer of motorsport, those at Brooklands were responsible for creating many of the terms in use today.Â  Their solution was to take them directly from horse racing.Â  It is the reason, for example, that cars assemble in a paddock when there is not a blade of grass in sight.

The historic Brooklands track, complete with its banking to allow drivers to maintain high speeds, is no longer in full use.Â  Instead there is a separate circuit where speed trials were taking place.Â  The shots below show some of the competitors and was a chance to try out my panning technique.Â  I set my camera to continuous AF and continuous shooting.Â  Shutter speeds were between 1/60 and 1/80 and usually at least one shot in each burst was sharp.Â  I would hope to improve on that with a bit of practice.

Another of the competitors

Yet another competitor. It was surprising just how many people were taking part. The speed trials went on all day.

The main event, though, was the re-opening of the finishing straight.Â  Besides motorsport, Brooklands was also the centre of aircraft manufacturing.Â  A visit from the Luftwaffe one night during the Second World War destroyed one of the buildings.Â  Its replacement was a rapidly erected hangar assembled on the nearest area of flat space, the finishing straight.Â  It remained there until recently, when support from the Lottery Heritage Fund enabled its relocation to an adjacent part of the site.Â  Even some naughty bankers unwittingly helped.Â  Some of the fines for manipulating the Libor rate went towards the cost of the work.Â  Eventually, after many decades, it was possible to see the track surface once again.Â  It has been repaired rather than restored so much of the original concrete remains.Â  Bumps and all, the announcer informed the assembled crowd.

After some, necessary I suppose, speeches and the cutting of a tape, the real fun began.Â  A series of historic motor vehicles took it in turns to drive on the track.Â  Most were over 80 years old, yet their drivers did not treat them sparingly.Â  There were also some near misses as they demonstrated what their machines can still do. 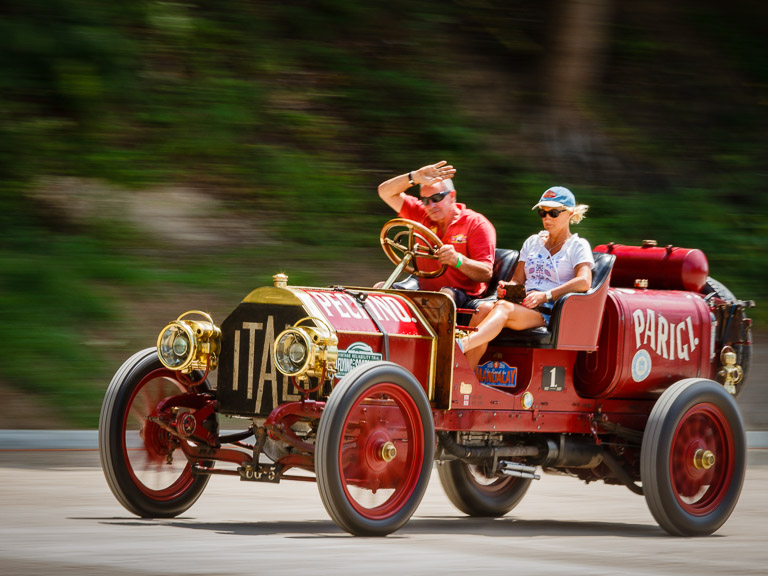 This Itala 40 HP was the first car to drive on the newly re-opened track. It was a hot and sunny day and this driver appears to be shielding his eyes from the glare. In reality, he is waving.

This car gets my vote for most bonkers vehicle of the day. It is the Fiat S76 which the Italians built in 1911 to take the world land speed record from the Germans. In those days, gaining more power meant bigger and bigger engines. Â The one in is this car has four cylinders and a capacity of 28.5 litres. It develops 300 HP at 1,900 RPM which propelled it to a top speed of 135 MPH. Standing nearly as tool as a man, it has, for obvious reasons, a nickname. The”Beast of Turin”. 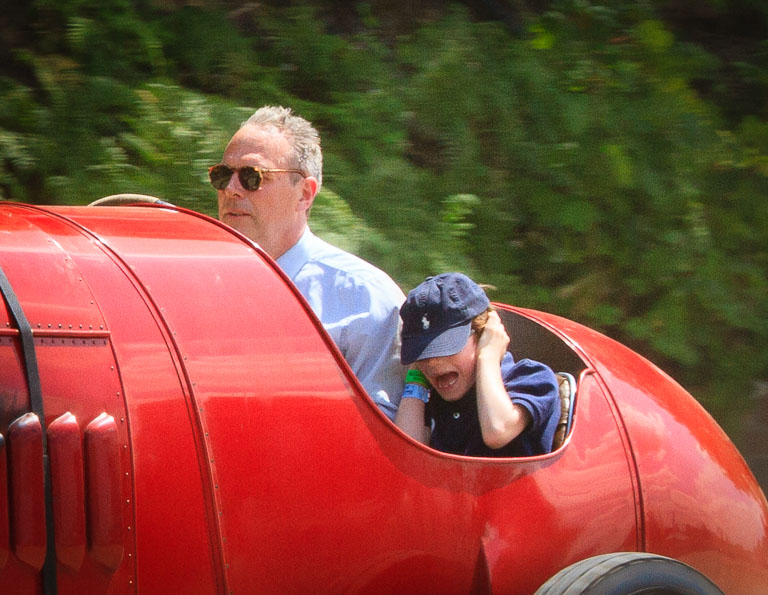 All that engine and power comes with noise. As this crop of the previous image demonstrates.

After the most bonkers car, this is the one least likely to pass an emissions test. The photographer in the background must have been choking as the “Vieux Charles III” set off on its run. 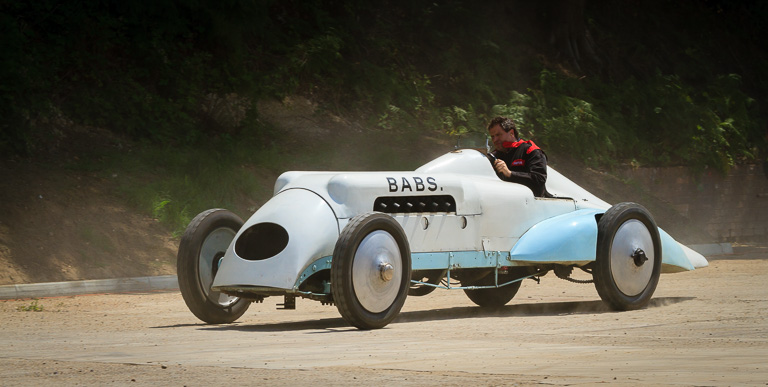 This a car I never thought I would see. John Parry-Thomas drove “Babs” to a world land speed record of 171 MPH in 1926 at Pendine Sands. The following year, the car overturned during another record attempt, killing Parry-Thomas. As a mark of respect, the car was buried in the sands, but forty years later was dug out and restored. Something which I had not realised.

Overall, it was a very enjoyable day.Â  It was also one of the sunniest and hottest of the year.Â  The harsh light proved suitable for shots of moving cars, but not for many of the standing exhibits.Â  There was a lot of chrome on display and it was difficult to avoid glare in many instances.Â  I do not usually do much vintage car or motorsport photography, so the event made an agreeable change.