Is Swirly Bokeh Possible From a Â£23 Lens?

In my previous article, I looked at the performance of my Russian made Helios 44M lens when used for distant subjects.Â  In this follow-up post, I will look at how well the lens does in rendering out of focus backgrounds.Â  That might not have been a primary consideration for either the designers or the original users. Â  In the years after the second World War, it became the standard lens supplied with Zenit film cameras.Â  These days, it is more likely that the subject will be close and the background deliberately thrown out of focus for a bokeh effect.Â  That is the current fashion and exploits the features of the lens which many find desirable.Â  In particular, the Helios 44 has achieved renown for swirly out of focus areas.

The link to my earlier blog article: How sharp can a Â£23 lens be? 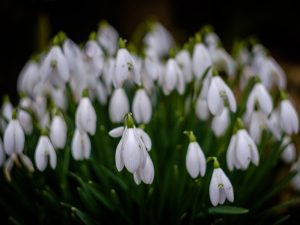 Snowdrops at Compton Valence (Helios 44M @ f/2.8)
(Click on the thumbnail to view a larger image)

Shooting For a Bokeh Effect

What, then, to shoot? To maximise the out focus effectively means positioning a subject close to the camera for optimum background blur.Â  One of the subject clichÃ©s for this type of work is flowers and I mainly went with that.Â  To compensate for a lack of originality, I told myself this was purely a test which I did not expect to yield any portfolio worthy images.Â  In the event, the snowdrop shot above is one which turned out better than expected.Â  It is a decent enough image although I would be unlikely to want to use it in a competition.

My technique when making these images left much to be desired. Handholding a manual focus lens at close distances is always going to be hit and miss.Â  With the emphasis very much on miss.Â  Achieving an acceptably sharp shot is difficult simply because it is almost impossible to maintain the distance between lens and subject after focusing.Â  It is slightly easier with a mirrorless camera which has focus peaking, in this case my Fuji X-E2.Â  The 1.5 crop factor meant that I had a full frame focal length equivalent view of a 87mm lens.

That was useful for the type of shot I was creating, although a hindrance when trying to produce swirly backgrounds.Â  .Â  Put simply, the effect depends on lack of correction for aberrations which are more apparent at the edges of the lens.Â  A crop sensor does not exploit the full image circle and only uses the central portion.Â  That is the sweet spot for any lens, regardless of cost or provenance.Â  Success would be more likely with a full frame camera such as the Sony A7II.Â  That model is popular with adapted lens enthusiasts who want to assess the overall performance of a lens.

My method was to magnify the view to refine the initial focus, then recompose in normal view and rely on focus peaking to assess sharpness. It did work.Â  Kind of.Â  It would have been easier to have used a tripod but like everyone else, I find them an encumbrance.Â  Both to carry and use.Â  So I put up with the inconvenience of handholding.Â  For this reason, I do not make any claims that I extracted the best from the lens.

All the images are from Raw files and have been processed to boost contrast and sharpness.Â  While some might prefer to see images without any adjustments applied, I am more interested in how the final images look.Â  Although it is fun to use older lenses and see how they perform, the most valid test is whether they yield worthwhile results in a real world situation.

Incidentally, the snowdrop shot came fromÂ  Compton Valance in Dorset.Â  Many years ago, a former resident enthusiastically planted bulbs in the verges in and around the village.Â  As a consequence, it has the best display of the flowers of anywhere which I know. The remaining shots are from the nearby Subtropical Gardens at Abbotsbury.Â  I shot the lens wide open at f/2.

Bokeh, yes. Swirls, no.
(Click on the thumbnail to view a larger image) 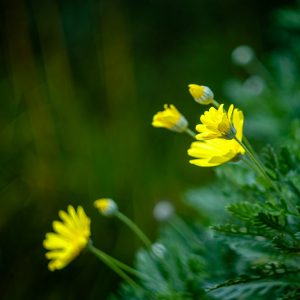 Again smooth bokeh, but no swirls
(Click on the thumbnail to view a larger image) 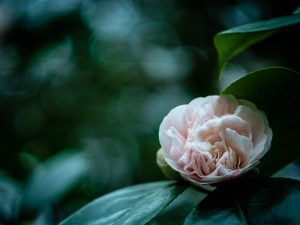 The bokeh is harsher in this shot, but I still could not induce any swirling
(Click on the thumbnail to view a larger image)

In conclusion, a shot which shows how well the lens performs at a longer focussing distance. 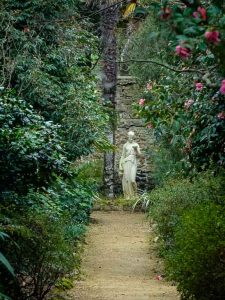 A statue shot an at aperture of f/5.6, which shows an acceptable level of sharpness.
(Click on the thumbnail to view a larger image)