This is the first of two posts of my images from the Chelsea Flower Show.Â  I have already posted my main photo of the day, but I took many more.Â  Once again it was a good event, although overall I did feel that it did not quite match previous years.Â  A number of regular sponsors and exhibitors chose not to attend this time, resulting in gaps both on Main Avenue and in the Pavilion.Â  The loss was particularly acute for the main show gardens, of which there were just eight.Â  Less than half the number compared to 2016.

Nevertheless, those who did choose to come maintained the standard one would expect at Chelsea and there was still much to see.Â  There was one benefit.Â  On Main Avenue, where previously there would have been a show garden, the RHS put on an exhbition of its photography competition winners.Â  Nothing to complain about there!

All these pictures are thumbnails, which can be clicked to see a larger version. 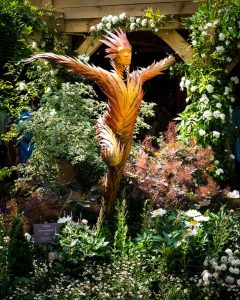 Firebird
The sculptor Simon Gudgeon is a regular at Chelsea and always has one of the best stands. I had already seen this sculpture at Sculpture by the Lakes where he displays much of his work. I enjoyed seeing it in a different setting. It had been sited in the middle of a pond at the sculpture park. Here it appears to be bursting out of the surrounding vegetation. 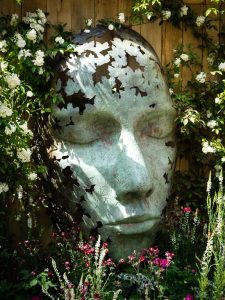 Another of Simon Gudgeon’s sculptures. 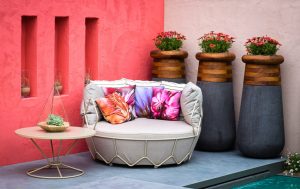 Detail from the Beneath a Mexican Sky garden 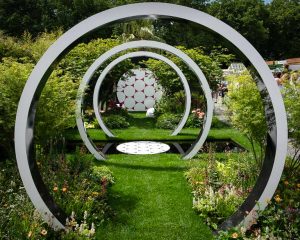 The Breast Cancer Now Garden: Through the Microscope. The garden reflects different aspects of breast cancer, from the illness through to a return to health. The rings represent a microscope used to examine tissue samples. 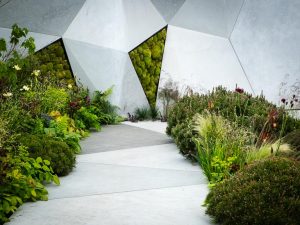 Detail from the BBC’s Texture Garden, one of five celebrating the senses. 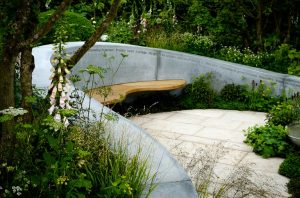 This is the Scent Garden, another from the BBC depicting the senses. 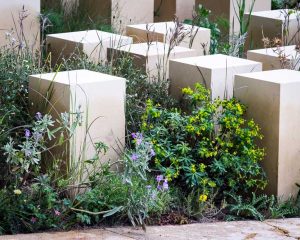 A detail from the controversial M & G garden. The company is the show’s main sponsor, although this was their last year. At present it is unclear who will take over in 2018.
The setting is a disused Maltese quarry and is the designer’s vision of what a garden could like like in such a location. It was unusual and not to everyone’s taste. It appealed to the judges, though. They awarded it the coveted best in show prize.
I cannot say that it conformed to my idea of a garden, but I came to appreciate it better the longer I looked at it.

The second instalment is here.